"I worked as an associate for one year and then made the leap to build my practice as a scratch startup! It was the ballsiest and STUPIDEST thing I could have done." - Chris

Hardly a year in, he had blown through his startup capital and lost so much money "it wasn't even funny". When his wife - veterinarian and practice owner Dr. Amanda Hoffpauir suggested Silkin Management Group, Chris had to admit he didn't have the funds.

"I was convinced I could do it better on my own, but I didn't know I had to be a CEO or what it really meant to manage my practice on top of being a dentist."

When his wife finally insisted, Chris borrowed the money from her practice to sign up. Fast forward five years later - he sold his practice to a DSO (dental service organization). At the time of sale, Chris was working just 3 days a week in a three-room practice, collecting $1.4M a year. He now owns (in full or in part) 15 other businesses including two dental locations. Chris has been president of the 9th District Dental Society of Texas (twice!), was nominated for New Dentist of the Year and then also Dentist of the Year.

How did he do it?

We interviewed Chris Hoffpauir to find out...

Silkin: Hello! Thank you Chris for joining us today. We're excited to hear more of your story. What made you decide to sign up with Silkin?

Chris: Silkin was really life-changing for me. I graduated in 2012, and spent one year as an associate but really I was determined to own my own practice. I took a bunch of business courses and CE in college and started a Business Study Group with my peers - but all these classes are taught by dentists. They didn't know how to be entrepreneurs!

Silkin: Wow. Now, I know your wife Amanda signed up with Silkin first, is that correct?

Chris: Yes, she is a veterinarian and has owned her practice for years. She signed up and was getting your guys' help to manage her team - even before I built mine. She tried to convince me to sign up from the beginning. I was convinced I could do it better on my own, but I didn't know I had to be a CEO or what it really meant to manage my practice on top of being a dentist.

That first year I lost so much money it wasn't even funny. Amanda finally told me I needed to do the Silkin program. She actually loaned me the money! But it was a great choice - everything Silkin teaches is just common sense, but it's not commonly applied...you know? I call it 'uncommon sense'.

Silkin: Haha, that's great! What was the biggest thing you got out of that first year program?

Chris: Putting SOPs in place, the job description manuals, that sort of thing were all great. But I think the biggest thing was learning how to build a company culture of loyalty and teamwork. Silkin taught me how to build a team on a diet of culture. That raising one ship also raises all other ships. That made it possible for me to build a practice I could step away from for two months without any negative repercussions.

Silkin: That's amazing! Who was your consultant, and what was it like working with them?

Chris: I worked with Scott Barnard, and at first I thought he was the most boring guy I'd ever met. We didn't always see eye-to-eye. But as time went on, I started to see that every instance of us not seeing eye-to-eye...he was always right.

As doctors we are smart people, you know? We are bullheaded, too - that's what it takes to get through dental school. But because we're bullheaded and smart, we tend to feel like we have to be smart at everything...like we're not allowed to admit we don't know something. I see a lot of my colleagues expressing this and I know I definitely did. Scott's genius lay in the way he could always make me really get it - even when I never wanted to admit I was wrong.

A great example was when he told me his definition of Treatment Acceptance. He said it was, "Any time the patient accepts 100% of the treatment offered". I thought to myself, yeah okay - but that's just unrealistic.

But no! I was wrong. And when we did start to monitor that and worked at it...we eventually got to the point where we were making $1.4 million a year and collecting 99-104% of fees every single month. That's completely unheard of in dentistry!

Silkin: I know a big goal many practice owners have is to move up in their practice so they are ONLY being the owner and the practitioner. You've been with Silkin for years now, and I know you have two offices and still practice dentistry. How many hours a week do you spend managing those practices?

I have a team that is Silkin-trained, and I wear my owner 'hat' by giving them the direction I want to go, but they are the ones who go ahead and make it happen.

You know you've trained them right when you can let go and say, "I've taught you everything you need to know, my fate - our fate is now in your hands." And sure, sometimes it goes into a ditch, and I have to step back in and straighten things out. But sometimes you do that and it drives straight and now you know. It's the most magical moment ever.

They have prediction and foresight and can do their jobs.

Silkin: Where is your time spent?

Chris: I work three days a week as a practitioner. And I spend time with my family, I record my podcast and I'm doing some consulting of other dentists. Don't get me wrong: COVID hit us hard and I had to dig deep into the lessons again to pull my practices straight. I have almost an entirely new team now than prior to 2020, and I had to build that culture again.

What was really amazing though was the fact that I could do it again. You know, I did it the first time with the help of Silkin - but that was with unlimited consulting. Then, when I sold my practice, I did it a second time with this new practice. But that could have been a fluke, you know? COVID taught me that the well I dug with Silkin is evergreen - the Silkin lessons and truth run very deep.

It taught me that the root of my ability to build a practice is deep, and that was all built on the back of the lessons I learned at Silkin.

During COVID I had to remember what I'd learned - I even reached back out to my Silkin consultant for help. I had to get back into the habits of building a team again. But it was easier this time because I really believed what I was saying to them.

You know, when you first sign up, you're telling your team to implement these things...but it's all on blind faith really. You don't really know what you're doing, and in the back of your mind you're almost always thinking, what if this is wrong?

But now I have so much certainty that it works, it makes it even easier to tell my team to do it.

Silkin: Amazing story! We're also excited for everything you're doing now. When you're not in the office, what do you enjoy doing?

Chris: I love starting businesses! It's funny...when I first graduated dental school I thought I just wanted to be a dentist. But after working with Silkin and getting their training under my belt I realized I really love entrepreneurship. I now own 15 businesses including two dental locations, and when I'm not doing that I like hiking, kayaking and I'm getting into filming indie movies.

The more freedom you build into your practice, the better you can do that kind of thing.

Silkin: Thank you so much for sharing your story with us! One last question: If you could give one piece of advice to a new Silkin client who just signed up, what would it be?

Chris: I suggest reading two books: The E-Myth by Michael E. Gerber, and Profit First by Mike Michalowicz - and then take every Silkin additional training course you can afford.

"Silkin taught me how to build a team on a diet of culture. That raising one ship also raises all other ships. That made it possible for me to build a practice I could step away from for two months without any negative repercussions." 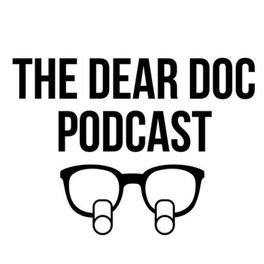 Grab a copy of our quick tips to automate processes in your practice, so you can reduce inefficiency & pay less overtime!